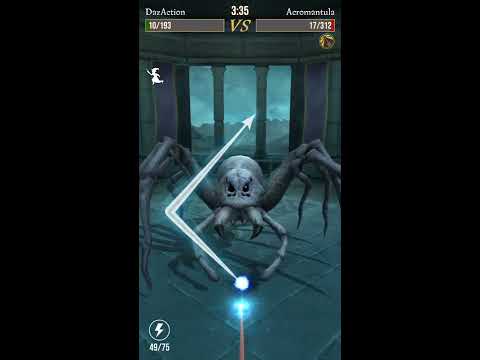 As written in the video page by DazAction: We did a 4 player raid of Ruins Chamber 5 in a Fortress and the first group raid I did as a Magizoologist. I discovered as a Magizoologist not only can you heal teammates, but yourself too. The description in the profession tree only mentions being able to restore a teammate’s stamina, but nothing about restoring yourself.
As I wanted to test it out, I wasn’t battling for the last part but was in the group screen healing others. Casting spells is done via a drag and drop technique.
And on reflection I should have used the Mending Charm (left most spell) as it looks like it costs no focus to cast. I’ll remember that for next time.