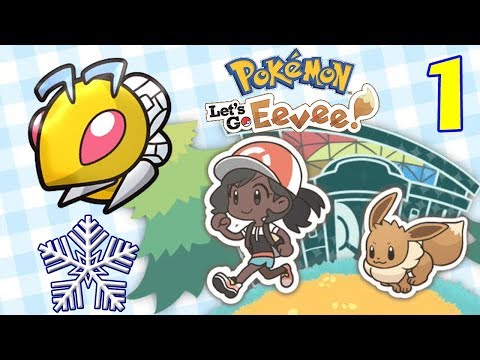 As informed in the youtube page by Pikmin Master: The first serious Twitch stream I’ve done. Yes, I’ve done a few streams in the past, but this one started a side-hobby that’s has been slowly taken priority on my channel, letting Fire Emblem Heroes take center stage on the channel. But not anymore.

Once has Let’s Plays been a focal point in my channel, but after Pikmin 2: The Final Let’s Play, I’ve stopped doing so due to being bored from them. Now, with viable Twitch streaming specs, I can finally enjoy making Let’s Plays as people come watch as I play. The first Let’s Play under the new “Twitch Streams” Playlist is Pokemon Let’s Go Eevee, where a young girl named Katheryn head out to journey Kanto with…cities in Massachusetts, USA?

Full Playlist: https://www.youtube.com/playlist?list=PLQRJ905Dpaw6J2UAWEK24BOkORplrSZtf
——————–
Become a patron on my Patreon: https://www.patreon.com/starsnow